An Administrator Who Works Well Under Pressure, But We’ll Spare You the Tyre Jokes… 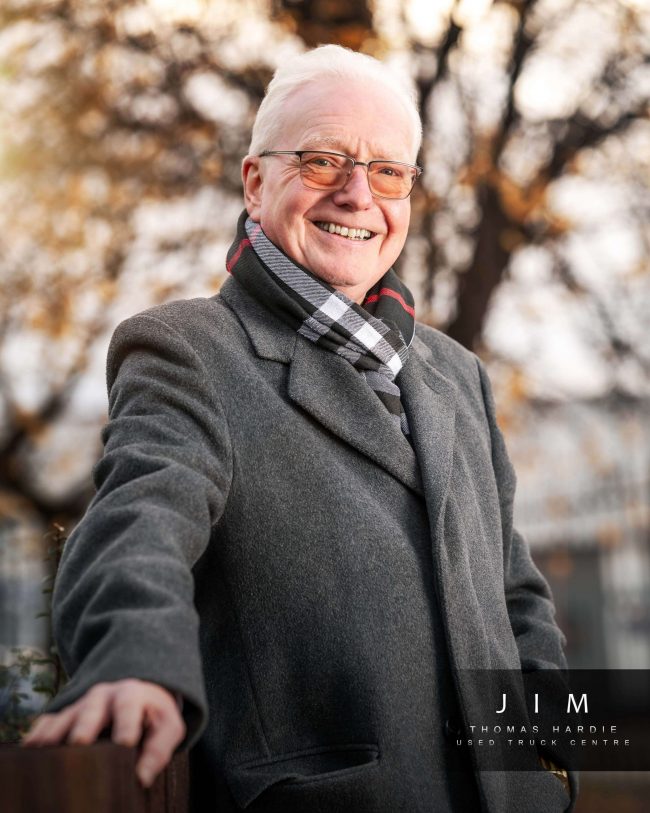 When calling or visiting our used truck centre, chances are the first voice or face you’ll experience will be that of James Glovers, Used Vehicle Administrator. Although James has spent twenty years working for the Thomas Hardie group, he also boasts a long and prosperous business history, previously working alongside some of the biggest names in the automotive world.

Jim attended St Augustines all-boys Catholic Grammer school and discovered the perks of administration from a very early age. ‘I skipped a lot of school by writing out my own absence notes on my mum’s typewriter, I was into admin before I knew it.’
Jim later enrolled at Openshaw College and studied A-level physics, chemistry and biology, but couldn’t manage life without routine. ‘I needed structure to my days. The college timetable was so sporadic, it just wasn’t for me’.

Following college, Jim took on the role of Assistant Buyer at Follows & Bate, a horticultural appliance manufacturer. Jim would be responsible for backing up the buyers by keeping stock records up-to-date and general administrative duties. ‘The job was definitely a learning experience and I had to grow up pretty quick.’

Jim spent roughly three years with F&B before a colleague within the business moved to Dunlop tyres and suggested that Jim does the same.
Here, Jim held the role as General Clerk and experienced his first taste of sales. Still maintaining stock control, Jim later progressed to Sales Assistant, Sales Leader, Senior Sales Leader and eventually Sales Leader Group. ‘I really enjoyed the more modern environment and working alongside colleagues and friends. But that job made me realise I didn’t enjoy sales or being a salesperson as much.’

Following seven years at Dunlop Tyres and with a negative opinion of sales, this didn’t stop Jim from taking on a Sales Representative job at Tyre Services Earthmover Division, this time with the promise of a company car to sweeten the deal. ‘I didn’t really want the job, but I liked the idea of a company car, but even that turned out to be a nightmare. The first car was an old blue Ford Escort estate that I wrote off in a multiple car accident. The second car seized up as apparently engines need oil and the third caught fire outside my house whilst I was trying to repair it…but to be honest, that was probably for the best!’ 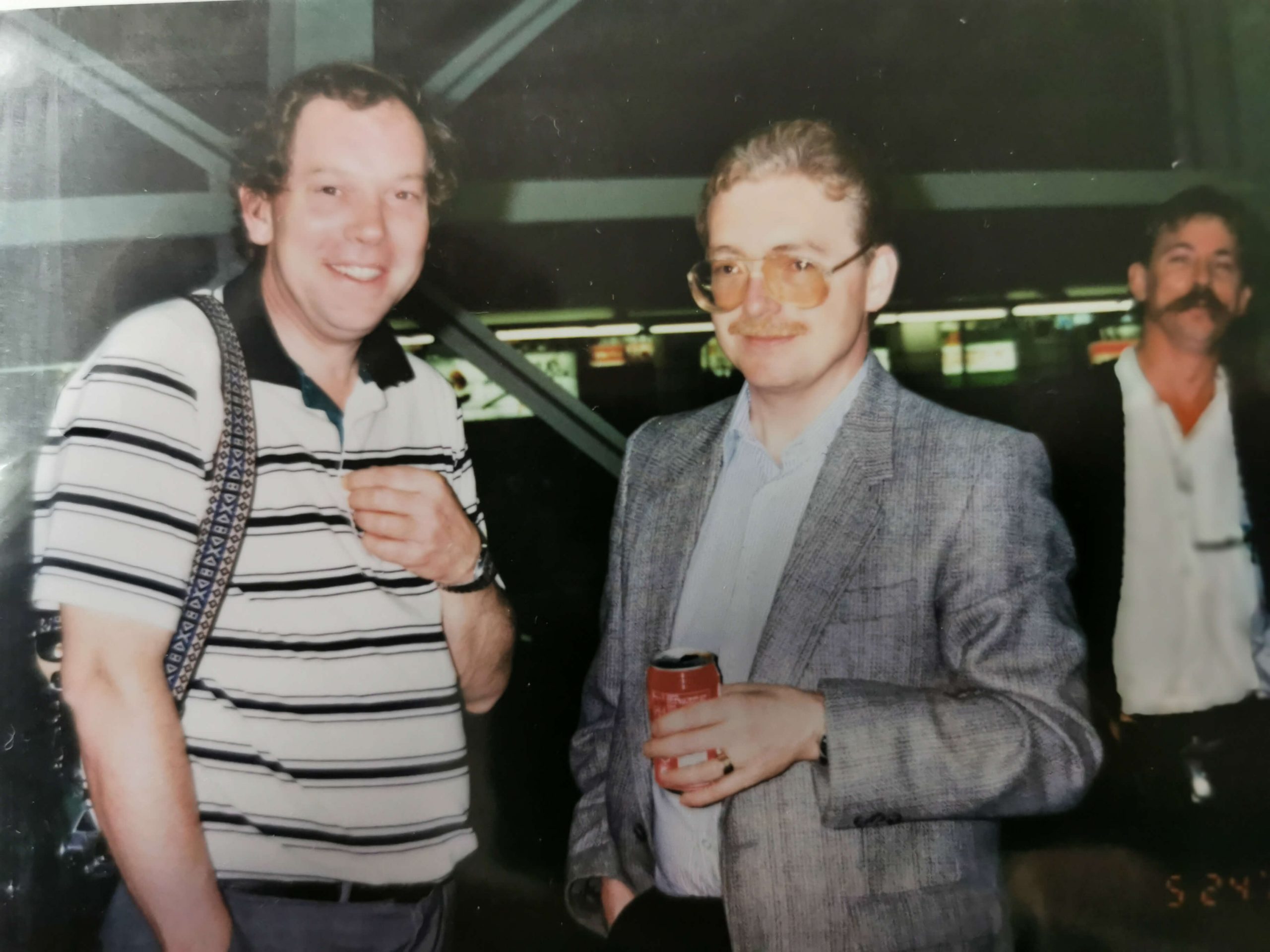 Seven years pass at Tyre Services Earthmover Division before the same friend that introduced Jim to the world of tyres suggested that Jim applies for their old job at Bridgestone tyres, a relatively new Japanese based company.
Now responsible for assessing tyres depths, pressures and general condition, Jim would recommend replacements where needed and report back to the relevant site decision-maker. The business would later combine the engineer/sales positions into one Sales Representative role, returning Jim to a sales orientated position.
James would later progress through to Sales Administration, Marketer for earthmover tyres and eventually Original Equipment Manager.
In 1989 Jim travelled to Japan, the home of Bridgestone Tyres, for an earthmover tyres conference. This visit consisted of a ten-day tour of the local area and the manufacturing plants Bridgestone utilised at the time.
During his time as Original Equipment Manager, Jim was tasked with setting up a Bridgestone Tyres account with Volvo Trucks, at the then manufacturing plant at Irvine in Scotland, resulting in the first Bridgestone tyres ever to be fitted to a Volvo truck as specified by the end-user. 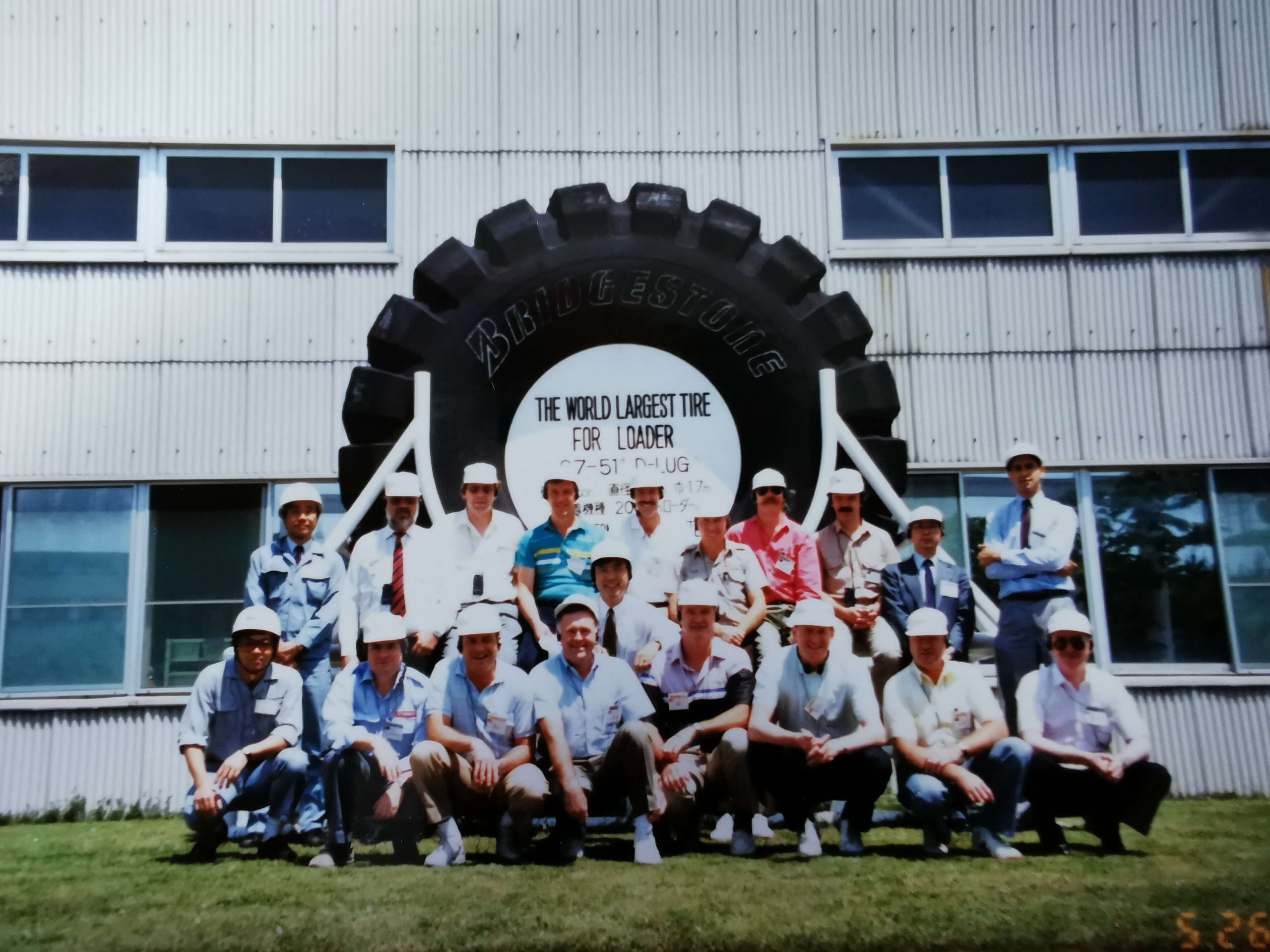 In 1988, Bridgestone bought out Firestone, a rival tyre manufacturer at the time, meaning towards his latter years, Jim would be selling Firestone tractor tyres throughout the North of England and Scotland.

James inevitably fell out of love with the sales game and being away from home for such long periods of time. So, in 2001, Jim took on the role of UVS Administrator. It didn’t come with a blue Ford Escort company car, but it did mean Jim would be home for 5:30 and didn’t have to work directly for a sale ever again, thanks to the dedicated used vehicle sales team Jim now supports.

Today, Jim is mainly involved with administrative duties. Although he isn’t technically a receptionist, James greets customers upon arrival, introducing them to the various members of the Thomas Hardie team based at Middlewich.
Not wanting to fall behind, Jim has undertaken various courses over the years revolving around his current position, helping to further educate himself and help with day-to-day work life.

Outside of his administrative duties, Jim spends some of his time travelling and opts for locations rich with history. Norway, the Farne Islands and Dartmouth, just a few places Jim has recently visited.

James Glover plays a fundamental role within the used truck team and has been the face of the Middlewich office for over twenty years. A character bursting with charisma and kindness. We had to get at least one tyre joke in somewhere…