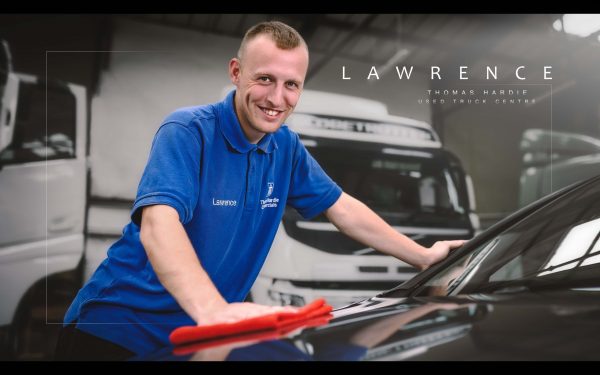 A relatively new face amongst the UVS team is Lawrence Eden, PDI Valeter/labourer. Joining the team back in November last year, Lawrence has proven to be a Swiss army knife of the bay. A reliable member of the PDI squad who tackles a little bit of everything, every day.

Following his time at Woodford Lodge High School, Lawrence completed a two-year Motorvehicle Fabrication and Welding course at Hartford Mid-Cheshire College, eventually realising this might not have been one of his better decisions. ‘I was always interested in mechanics as it’s easier to do a lot of the stuff yourself, but I didn’t fancy a job in a garage working on the floor or on my back all day’.

Toycraft, located in the centre of Chester, was famous for its steam train chugging around the store and it is this iconic toy shop where we find Lawrence, maintaining the tracks and working the tills. ‘My brother’s girlfriend (at the time) worked there and they were short-staffed one Christmas so that’s how I got the job. I worked there for roughly a year and to be fair it was an interesting job because it sold Steiff bears which were really expensive’.

Lawrence later transitioned from selling wooden toys to traffic management, laying out cones and directing the public on behalf of Gwynedd Environmental Waste Services LTD. Laurance worked as part of a team of four clearing road drains across Chesire for roughly a year and a half. ‘I enjoyed the night shifts more, especially when working the weekend shift around Chester, you definitely see some sights late at night!’

Moving from one extreme to the other, Lawrence went from working underground to above ground as a roofers mate, removing battens, re-felting and passing tiles. Loz worked at these dizzying heights for two and half years and enjoyed the high life. ‘It was good to see the world from a different perspective every day as we worked at different locations every week’.

With such a strong interest in motor vehicles, it made sense for Lawrence to work alongside the four-wheeled chariot next and Arnold Clarke would facilitate this venture.
Spending roughly four to five years with the company, Loz was responsible for valeting and preparing stock for sale, working between the Winsford and Northwich depots. ‘There would be a list of registrations that would need work that day and we’d all compete to find the cleanest car! I enjoyed valeting, plus it was my job to apply the infamous yellow sticker to the rear window’.

When not applying the finishing details to potential customers vehicles, Lawrence himself invests a lot of personal time into his own cars. Building replica Audi S3’s and offroad Suzuki Jimny’s. Loz has also spectated numerous drifting events around the UK, following the British Drifting Champion, Steve (Baggsy) Biagioni and Team Japspeed. 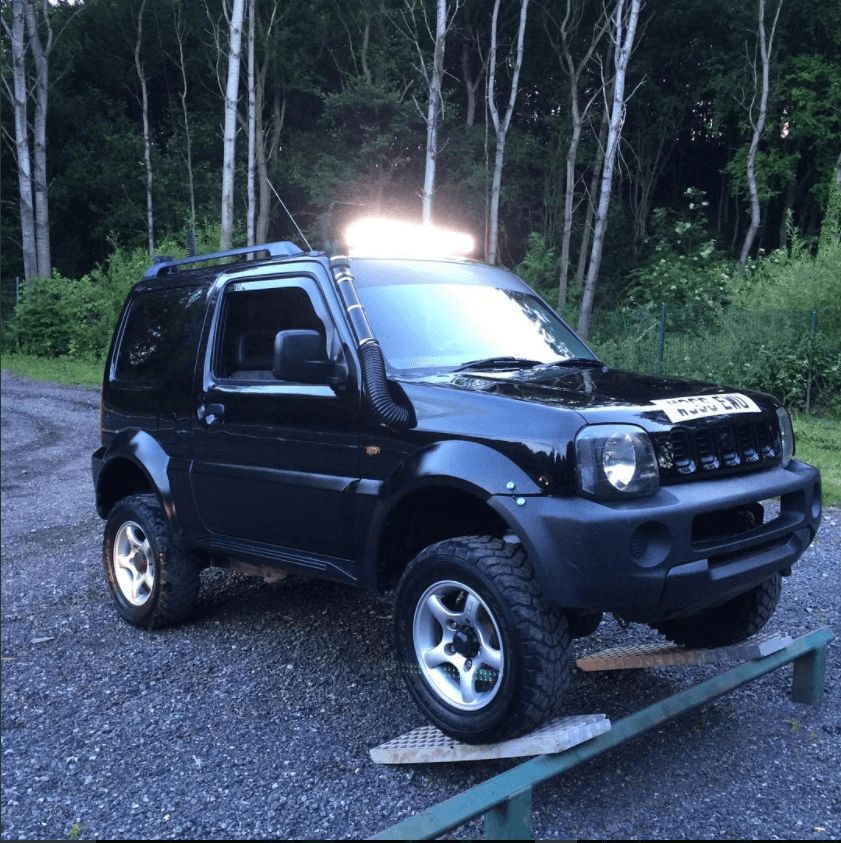 Lawrence has also built his own sideways missile. Spec’d for the mud instead of tarmac, Loz’s 2.5″ lifted Jimny complete with Malatesta tyres and Wicks drainpipe snorkel.

Almost a year into his time at Thomas Hardies, Lawrence’s previous experience preparing cars has proven to be an invaluable skill-set for the UVS team. Now valeting and carrying-out final checks on all our sold trucks before entering the customer’s hands. ‘It’s like a family here, a really close-knit team who enjoy what they do’.

An incredibly reliable and multi-talented individual with an impeccable eye for detail and pride in his work. With only a year under his belt, who knows what’s in store for Laurance and the department, apart from perhaps a gymkhana track.