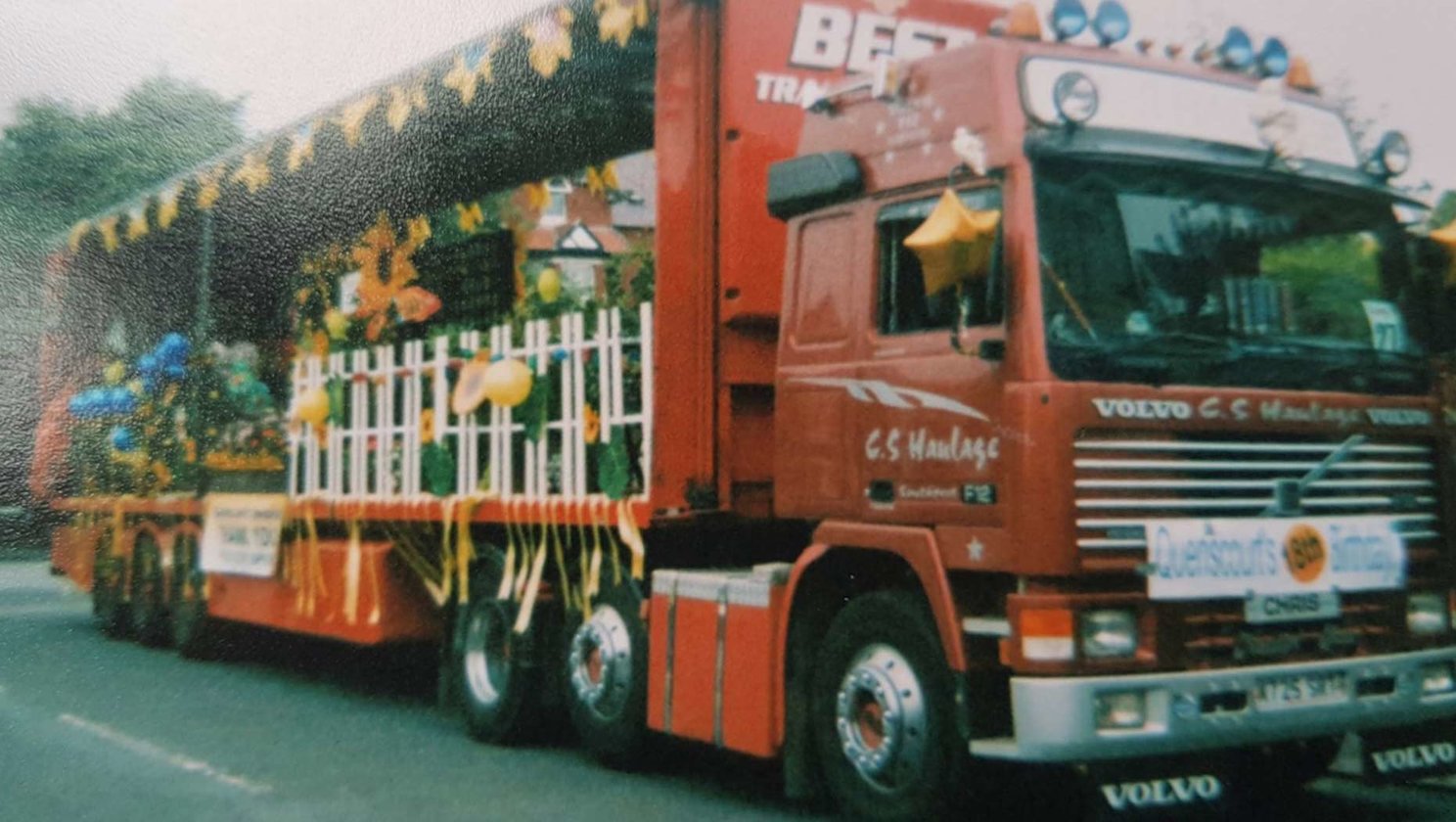 The transport industry is filled with legacies.

We’re fortunate to have such a legacy connected to a member of staff here at Thomas Hardie. Manda Shaw, our Payroll Administrator, benefits from her father’s legacy. Manda informs us that her father (Chris Shaw) has been a truck enthusiast “since he could walk”.

Chris is the very proud owner of an original Volvo F12. Chris initially bought the truck in 2006 from Thorburn Transport Ltd. For Chris, this wasn’t merely an exhibition piece but more of a an obsession for him, so he immediately put the vehicle to work, before eventually retiring the truck in 2011.

Nowadays Chris and his F12 attend a variety of transport events throughout the year. Manda tells us “he loves doing the truck up for shows and events”. It was at Llandudno Transport Festival that Chris encountered the truck’s first ever owner, Gareth Thomas. They have been in touch ever since, piecing together the story of this remarkable vehicle.

The F12 was originally part of Gareth’s continental haulage operation, so it is well travelled, having delivered payload all over Europe. Gareth eventually sold the truck but retained a keen interest in it, hoping to one day buy it back. However, the truck seems to have found a forever home with Chris Shaw, who is attached enough to the F12 to have had a tattoo of the cab on his leg.

Since the truck’s retirement from commercial work, Chris has found a new purpose for it. The truck has a new life working in the community. Chris, with the help of his F12, does a large variety of charity work. From taking Easter eggs with a bike group to children’s homes, to Southport Parade for Queens Court Hospice, and taking Santa and his sleigh on his yearly tour for the roundtable.

Manda shares her father’s enthusiasm for the transport industry, commenting, “I’ve been brought up as a truck driver’s daughter, un-doing straps on a curtainsiders, as well as being on top of the truck polishing the spotlights”. She gained invaluable experience with trucks and once considered starting her own haulage business.

However, the law changed, so for a number of years she enjoyed a career as a Weighbridge Operative seeing trucks all day long! before successfully securing a position at Thomas Hardie as a Payroll Administrator, Manda remarks, “Now I’m here, I absolutely love it!”. Working for Thomas Hardie Commercials means that she is creating a new legacy with Volvo Trucks, the same company which made the vehicle her father loves so much.