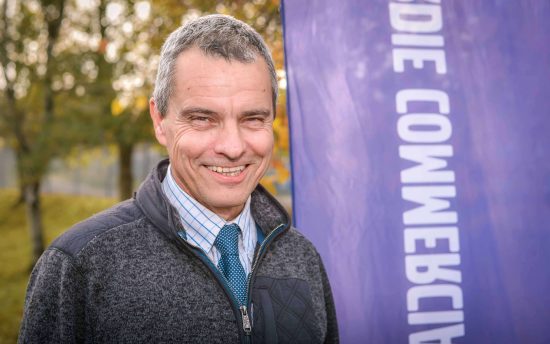 A well-known face around the Thomas Hardie network and with over thirty-three years under his belt, Dennis Roberts is everything Thomas Hardie Commercials stands by. Reliable in difficult situations, honest with the customer and above all dedicated to providing a first-class service.

But behind the corporate commitments lies a man with a taste for speed, mountains and anything on two wheels.

1975 is roughly the year of the ‘Work Experience Program’, a scheme aimed at helping kids fresh from school transition into the working world. This is where we join Dennis, building dams, bridges and carrying out general maintenance for a local cemetery. ‘It was basically a scheme to keep people off the dole. A group of twelve lads all at similar ages having a laugh outdoors, it was fantastic!’

With an urge to develop his skills, Den turned to a nearby Skill Centre for guidance into his next venture and found himself training to be a toolmaker, learning the ways of the lathe, milling and shaping machines. After investing thirteen weeks in the world of engineering, Dennis knew something wasn’t quite right. ‘I didn’t enjoy working all day indoors. Spending entire days couped up in a factory just didn’t work for me.’

Struggling to find his feet, Den looked into a local Honda motorbike dealership for work but unfortunately, they were no longer hiring.

Eventually, an advertisement for an apprentice HGV fitter at D.H Jones Coal and Haulage in Acrefair became available and this is where Dennis spent the next ten years. Following the completion of a three-year apprenticeship, Dennis claimed the fitter role and thrived. ‘It was honestly one of the best places I’ve ever worked. You really felt like part of a close-knit team with a great gang of lads. Everyone got stuck in because if the trucks weren’t working, they weren’t earning. But it was seven days a week and long days at that.’

Unfortunately, all good things must come to an end and this chapter closed with a knock at Dennis’ front door late one evening with the news that the business was closing.

Whilst listening to Marcher Sound Radio, a local North Wales station, Dennis overheard a job vacancy advert for a tachograph technician at Thomas Hardie Commercials over in Queensferry, a role Dennis was very accustomed to already.

During this time, Dennis progressed to Workshop Foreman and the business relocated from Queensferry to the now established Deeside depot. In 2003 Dennis moved to the current Middlewich depot which also brought a further career change in the shape of Contract Returns Coordinator. ‘Workshop Foreman was tough at times. Always trying to grow the depot and finding the best technicians brought its own unique challenges.’

It would be wrong to continue without mentioning Dennis’ long-term relationship with the crotch rocket.

Before Dennis could drive a car, his bedroom walls would be littered with iconic motorbikes and riders of the time. His father would never own a car, opting for the two-wheeled alternative instead. Travelling to work via motorbikes meant these were Dennis’ workhorses rather than weekend warriors. ‘I love everything about bikes. The speed, sound, thrill and feeling. But moving away from them twenty years ago probably saved my life!’

To name but a few…

When not dreaming of two-stroke, Dennis is an avid hiker and has scaled plenty of big hills in his time. Snowden four times, Tryfan, Cnicht, Glyder Fach & Fawr, Yr Arawn, Moel Siabod to name just a few. ‘I also attempted Scafell Pike but got lost and ended up twenty-five miles from the car, English mountains must not like me! It’s hard to explain why hiking is so good. Maybe it’s the views or the sense of achievement getting to the top. It’s always a challenge as I’m actually afraid of heights!’

From 2003 to the present day, Dennis is responsible for coordinating returning vehicles off-contract. Logistically organising movements, inspecting vehicles and costing repairs. ‘Managing my schedule and being out and about away from the desk is great. Chatting with customers and getting to know new ones is also good. But inspecting fifteen trucks out on a yard in the middle of January isn’t so fun!’ 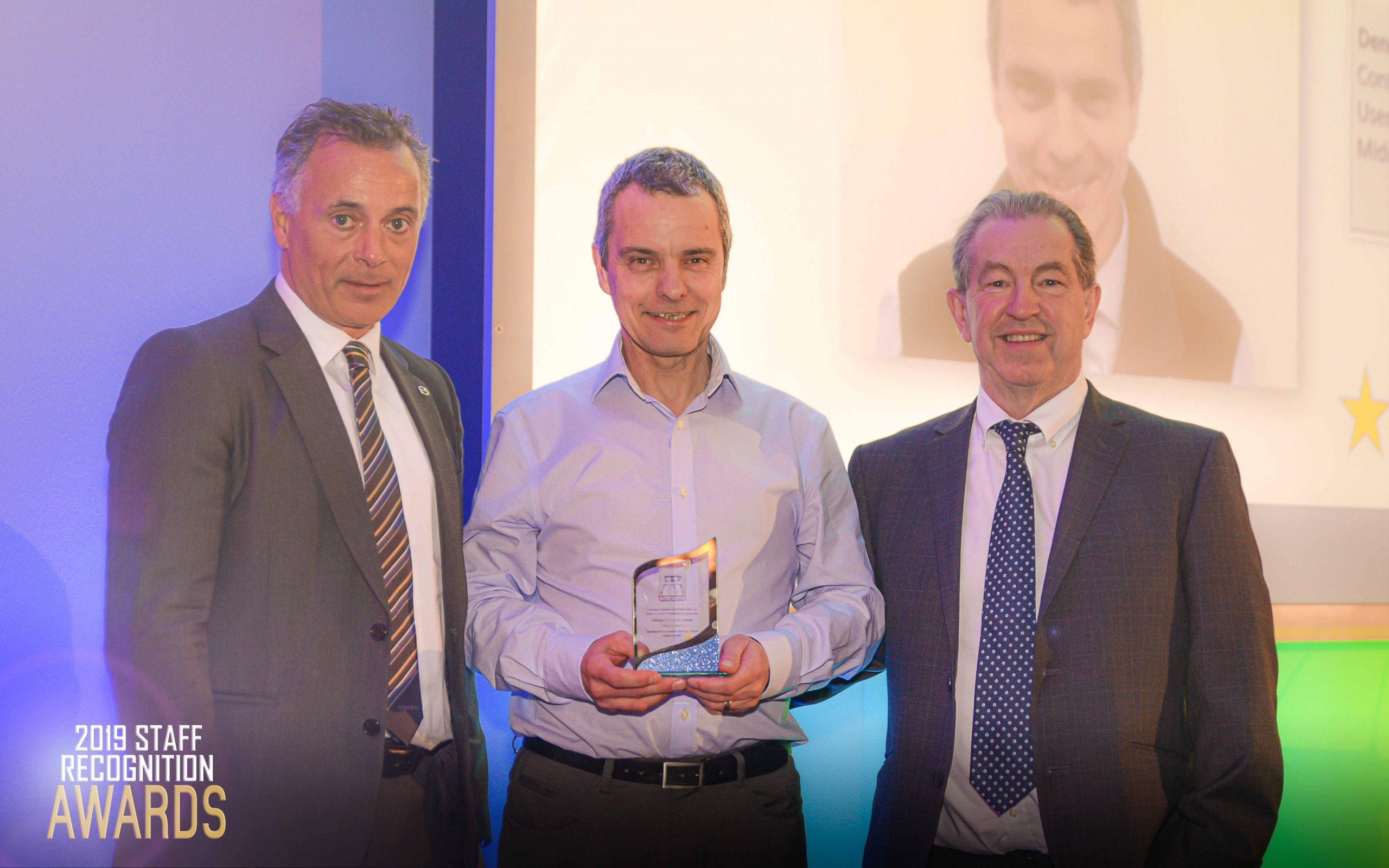 Dennis achieved Excellence in Customer Service award in 2019 and was also nominated for the same award the year before.

A highly regarded and respected member of the Thomas Hardie group who will always find time to help and support others…but you’ll have to catch him first!