From Battlefield to Boardroom. Regional Sales Executive Reveals All. 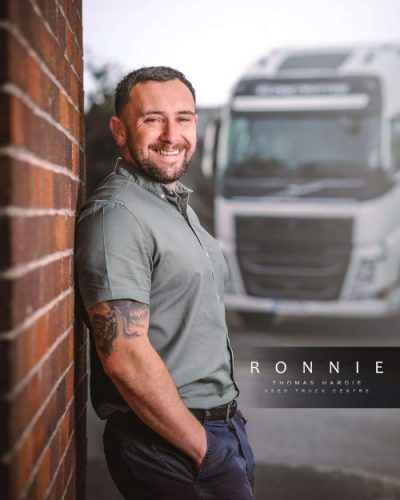 Destined for military life, Ronnie Kelsall transitioned from Highland Gunner to Sales Executive; a difficult move for many. Re-acquainting with day-to-day life and returning to the ‘9 to 5’ can be a challenge, but for Ronnie and his extensive customer portfolio, the change, we think, was for the best.

Our journey begins in Asda, where we find a 15-year-old Ronnie Kelsall, in the early stages of his career, saving up for his first set of wheels. Not wanting to spend too long around the shelves, Ron applied for the army. Unfortunately, medical reasons put a stop to this first attempt. Not one to be defeated, Ronnie adjusted his bearings and pursued a college course specializing in welding and fabrication.

Ronnie’s true desires remained with the military, and it wasn’t long before the call for further medical and physical tests at Lichfield came over comms. Following two days of extensive screening and tests, Ronnie was given the all-clear for basic training over at Pirbright Army Training Centre. ‘My parents dropped me off at Crewe station and that was that. I arrived at Pirbright with just the bags I took with me alongside 20 or so lads who looked just as nervous as I did.’

Following twelve weeks of basic training, in which Ronnie received the ‘Best at Drill’ award for his outstanding efforts on parade, Ronnie progressed onto phase two and was assigned to 19 Regiment Royal Artillery Highland Gunners. ‘Looking back, you meet some great people, visit some fantastic places and you learn so much about yourself. It’s unreal.’

Ronnie joined an artillery based unit consisting of two main functions, OP (Observation Post) and Gunner. Opting for OP, Ronnie would be tasked with calculating, plotting and calling in fire, observing the outcome and adjusting accordingly. 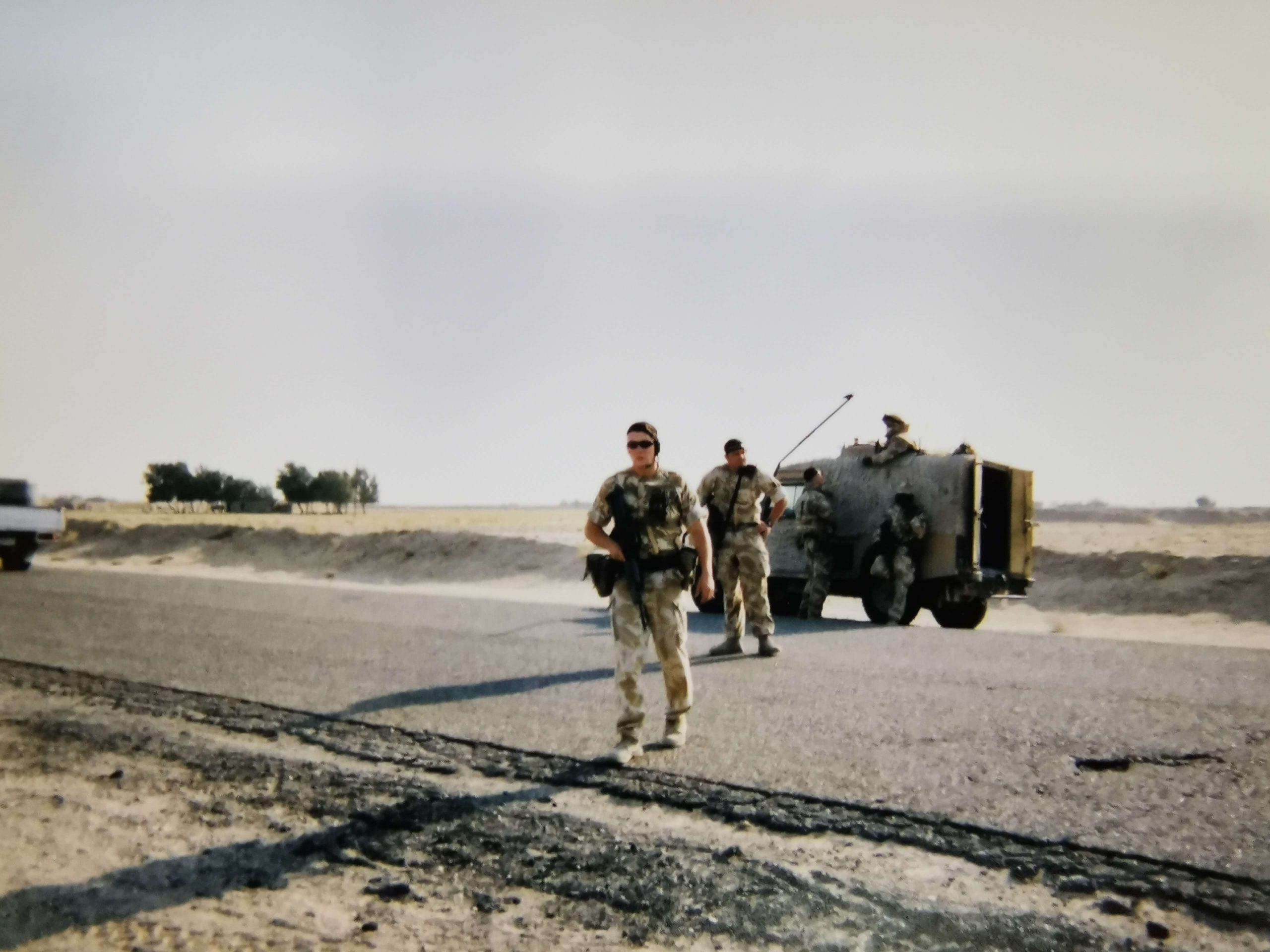 Salisbury Plain training complete, Ronnie embarked on a seven-month tour of Iraq. He was patrolling perimeters, training local police and escorting/protecting government officials located around Port Umm Qasr. ‘It was a long seven months but it was a good feeling knowing you were a part of the rebuilding effort. I’ve never felt more apprehensive in my life. Seeing grown men more upset about leaving friends and family than actually fighting really brought it home.’

With the tour at an end, Ronnie returned to Blighty and met his now-wife Kate, bringing the military days to a close. Whilst at home, Ronnie played for a Sunday league football team, managed by Thomas Hardie Used Truck Business Development Manager, Jonathan Bownes. Jonathan felt that Ronnie would make a strong addition to the used truck team and suggested that Ron apply for a recent valeting vacancy.

Ronnie spent three and half years valeting, before moving over to parts salesperson and, eventually, parts supervisor. ‘I was responsible for a small department which brings its own unique challenges.’

A further two years pass and a rare opportunity for an Aftermarket Sales Executive role provides Ronnie with a different kind of challenge. This tasked Ronnie with supporting Thomas Hardie customers with maintenance contracts for mainly fleet hauliers. ‘It was my first taste of meeting customers on my own and that again was a unique challenge. But that job definitely helped mould me into who I am today and taught me crucial aspects of the business’

By this time, the sky was the limit and another progressive move in the form of Used Truck Sales Executive became available…the natural next step. With an already good understanding of sales and the customer, this move would put Ronnie front and centre amongst the North West truck sales scene.

Today, five years on, Ronnie boasts Salesman of the Year 2019 alongside an impressive track record of sales and customers. Ronnies no-nonsense approach, combined with a strong understanding of the product and brand, has produced a well rounded, confident member of the sales team. ‘The game changes all the time with stock levels, availability, customers needs, delivery times, etc. We adapt and find customers who are right for the trucks that we have at the time. Every sale is different, every customer has their own needs. So it’s our job to provide our customers with what they are after. It’s addictive!’ 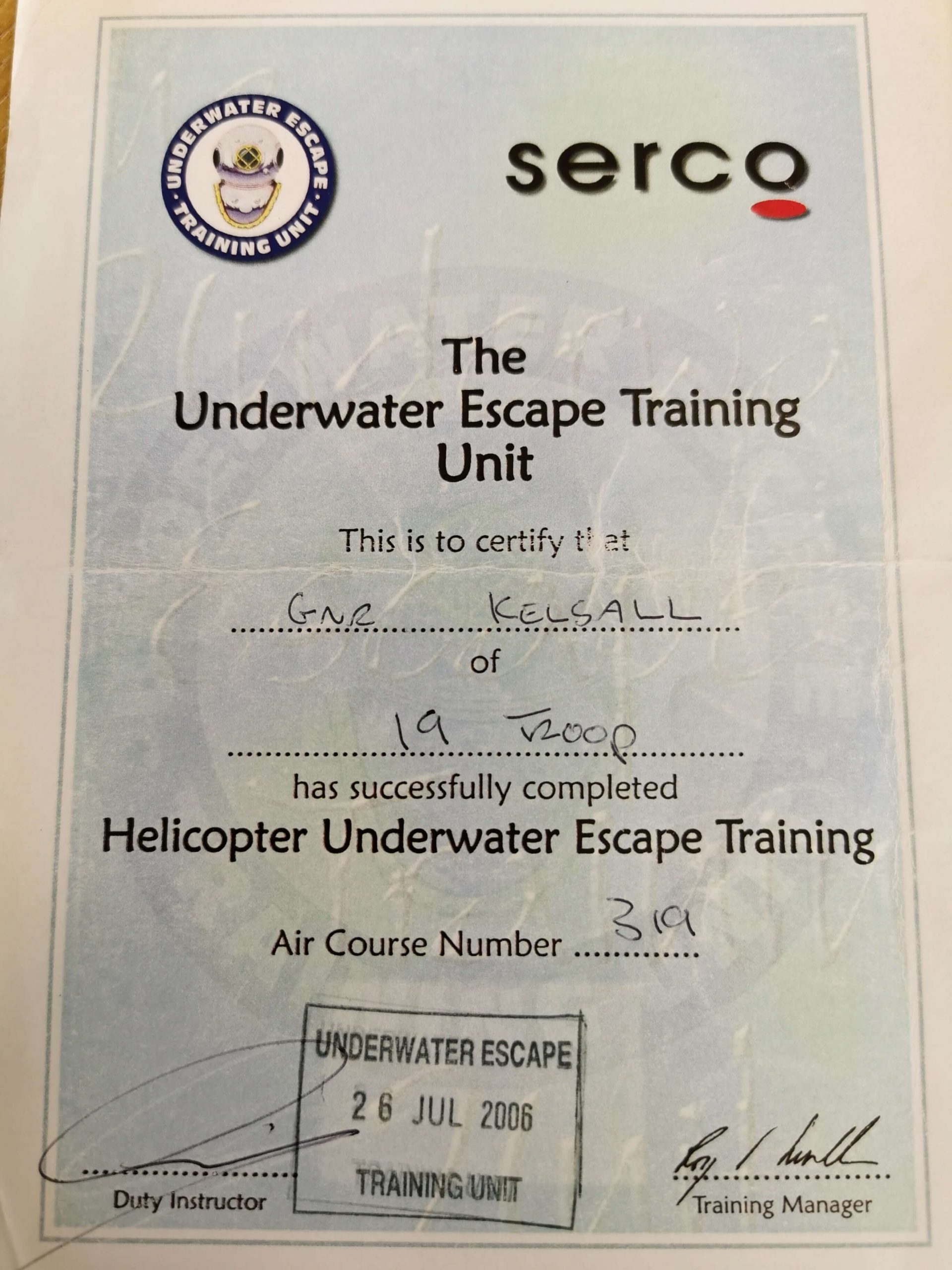 Discussing the future and achievements over the years, Ronnie is a proud owner of one certificate in particular and has sky-high aspirations going forward. ‘I’d like to one day do a solo skydive. I’ve jumped out of planes before but strapped to someone else. I’d like to eventually be able to jump solo. I’m also a certified underwater helicopter escape artist…I’ve done a course and everything. If you ever find yourself trapped in a sinking helicopter, give us a bell, you’ve got my mobile.’

Any cookies that may not be particularly necessary for the website to function and is used specifically to collect user personal data via analytics, ads, other embedded contents are termed as non-necessary cookies. It is mandatory to gain your consent to enable these cookies and store them on your browser.