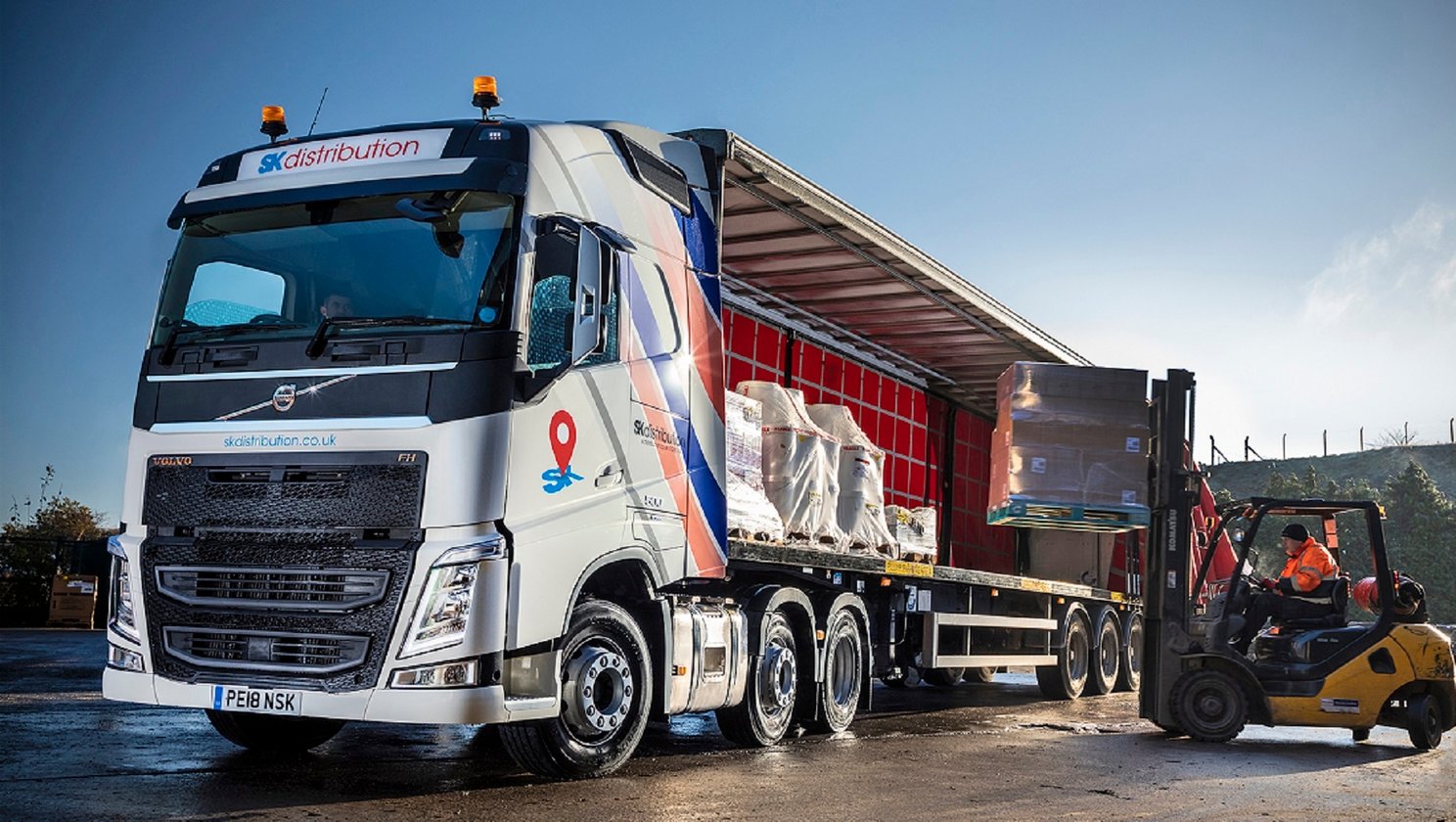 “I came into the business as General Manager about a year ago, and I’ve worked with Volvo throughout my career,” says Vic Smith, now Managing Director of the Derbyshire-based haulier. “I’ve had my own trucks before and ran Volvo because they’ve always been spot-on for me.”

The fleet Vic took on was from another manufacturer, but the back-up and reliability was in Vic’s words, “Not good. The trucks had been predominantly bought on price, but I’m a great believer that you get what you pay for,” adding, “we looked at the whole life costs associated with Volvo, and actually they managed to beat our previous supplier on price as well, so it became a ‘no-brainer’.”

Supplied by Mark Lingard, Customer Solutions Manager at Thomas Hardie Commercials Ltd, the new Volvo FH tractor is fitted with a Globetrotter Cab, a D13K engine rated at 500hp and an I-Shift automated gearbox. Both of the latter components are a godsend when you run out of some of Britain’s most beautiful, but challenging countryside in the Peak District.

“We’ve been running 460hp trucks up to now,” Vic explains, “but we’re based high up here and we do carry some heavy freight, so I wanted the extra power and the better fuel returns that should bring.”

His drivers are pleased with the new acquisition too. “They’re over the moon – they’re all drooling over it! That’s another reason I’ve gone Volvo,” he continues. “There’s a lot of competition for drivers around here, so if we start operating kit people want to drive, that gets talked about locally and it might help get drivers through the door.”

Vic has decided to go down the contract hire route on a five-year term, with a full Volvo Gold Service Contract. “That agreement covers everything except the tyres, and includes breakdown as part of the package – plus we service at Thomas Hardie Commercials Ltd in Middlewich now, which is much quicker to get to in the rush hours!” he adds.

This is even more of a bonus when you consider the FH won’t be alone for long – there are already four 18-tonne rigids on order to join it. “We originally looked at the FL for those, but Volvo upgraded us to the FE. That means we’ll get the I-Shift gearbox and additional passenger-side window as well, which is great,” Vic enthuses.

“Because we’ve gone from outright ownership to contract hire these trucks are definitely going to have to earn their keep, and I’m sure they will,” Vic concludes, “but the proof of the pudding is in the eating. Although I’ve worked with Volvo for many years this is the first time I’ve worked with Thomas Hardie Commercials as a dealer, but hopefully my instinct will be proved correct.”