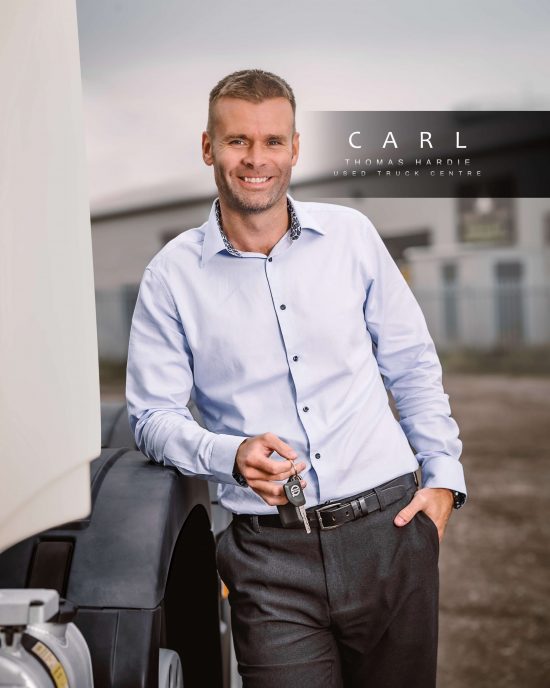 A combination of football and paint spraying resulted in a defining career shift. Sometimes a change of scenery is necessary when moving up the ladder of life.

Like many living in the area, Fords Of Winsfords is where Carl Boase’s story begins. Following a year of valeting, an opportunity to venture into the world of body repair became available via a day-release training scheme which saw Carl learning the do’s and don’t when it came to filler and colour matching.

Carl spent nine years at Ford’s, eventually reaching body shop supervisor, but couldn’t see himself there for the foreseeable. ‘For me, it held me in good stead for the future and it was a brilliant first job. But at the end of the day, I didn’t want to spray forever and I realised it just wasn’t my vocation at the time’.

Outside of the day to day, Carl played football for Middlewich Town and acquired a severe knee injury early on. Continuing with football into his early 30’s and moving from Fords to Arnold Clarke, Carl concluded that the injury was not helping with a life of manual labour and a kick about every Saturday.

Chris Hull, Middlewich Depot Manager and a close friend, suggested a parts job at Thomas Hardies. A decision that would take Carl out of the paint shop and more importantly, off his hands and knees.

Carl racked up four years behind the counter, three of those being Parts Supervisor. ‘Parts was very different to the spray booth. It was more mentally demanding, but it was a great environment because I was working with some good friends of mine. I wasn’t a fan of shifts and the early mornings so supervisor was the goal’

At the tender age of 35, Carl developed a keen interest in a very different type of pitch, now investing more time in his handicap and the clubhouse rather than the dressing room and set pieces.
Golf scratched Carl’s competitive itch left behind following the injury and quickly became the outside of work focus alongside the family. Securing a position on Mcdonald’s Portal Golf Club Committee and boasting a handicap of 7.9, Carl’s competitive side was certainly allowed to flourish on the fairway.

An internal application for Trainee Sales Person became available whilst Carl was still Parts Supervisor and seemed to be the natural next step. Adapting from a world of selling truck parts to selling the trucks themselves, Carl already had a strong understanding of the brand and product, as well as a good level of self-discipline and work ethic.

Today Carl represents our used truck national sales effort, supplying high-quality used Volvos mainly to the UK and Ireland. ‘Every day is different and the customer’s needs are what makes the job so varied. Apart from the buzz of the sale, I enjoy keeping tabs on where my trucks are up to whilst being prepared and keeping the customer totally in the know throughout the whole process’. Carl achieved Thomas Hardie’s Sales Person of the Year back in 2017 and was also nominated for Volvos Truck Salesman of the Year in 2014 whilst still in his first year of sales, in which he came second.

Carl couldn’t put his finger on a single memorable sales story as there are just too many to mention, but a proud achievement of Carl’s is Felixstowe Logistics, who have only ever bought from Carl over the past ten years and run a complete Thomas Hardie Used Trucks supplied fleet.

From valet bay to forecourt, Carl has always strived for success. A determined salesperson with the customers best interests always at the forefront.

Did we mention his handicap was 7.9? Carl was very keen for that to be in… 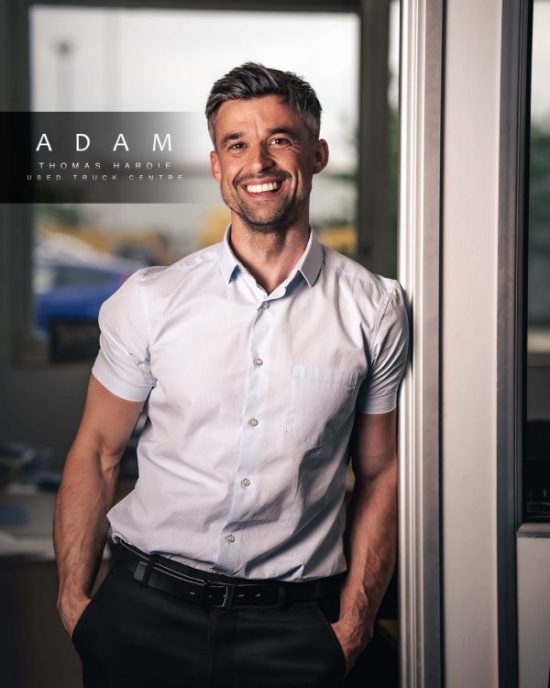 A semi-professional footballer with eyes set on a career overseas coaching the beautiful game. How does a person destined for the pitch find themselves selling trucks and being so darn good at it?

Adam Studied BTEC Sports Science and Psychology alongside perfecting his footwork on the field.
Realising his talent lay outside the classroom, Adam pursued a career in semi-professional football and earned a living doing so.

Soon after, an opportunity in coaching the sport became available in America – specifically Seatle, Washington State and Oregan. ‘It was a once in a lifetime opportunity to spend time in America and teach kids what I knew’.

Once returning to the UK following 6 months of coaching, Adam dabbled in car sales for roughly a year before tackling his next venture, mobile valeting/detailing.
Working alongside a close friend, the pair gradually built a strong and reliable client base in Cheshire and the surrounding area. Ferrari, Aston Martin, Porshe and Range Rover to name just a selection of the vehicles Adam would maintain weekly. ‘The job was fantastic as you essentially worked for yourself and could organise your workload. But the winter months were tough, I don’t miss them!’

Opting for a slightly warmer alternative, Adam eventually moved from mobile valeting to join the used truck team in 2013 within the PDI department.
Here he could hone and flex his teamwork skills, alongside his attention to detail with customers and their vehicles.
Displaying a strong understanding of leadership and management, Adam later progressed to PDI Supervisor, taking ownership of the department. Here Adam would further dial in his knowledge of the business, gaining a better understanding of the customer base and its needs.

Fast forward 5 years to find Adam entering in details to the companies first eBay profile. Selling parts from breaker vehicles and eventually moving on to the odd part-ex vehicle. Adam gradually grew and developed a solid eBay profile over time into what it is today.

Now to 2021. Economy & Export Executive Adam Foy takes ownership of all part-ex and none-warrantable vehicles. With an impressive overseas client base spanning the globe, Adam has developed a reputable and respected portfolio.
Numerous successes in Africa, Europe, New Zealand and at home in the UK. Large numbers of vehicles destined for the auction are now being relocated abroad, helping to provide others with affordable Volvo quality. ‘My stock may not always be the prettiest, but anyone can sell a show pony! The job means I get to meet people from all walks of life, plus nothing beats the feeling of a successful deal!’

Adam secured Sales Person of the Year 2020 this year as Covid interfered with events previous. Adam continues to progress his sales career further and is now venturing into vehicle acquisition. Adam also provides an Economy level warranty package for V4’s that fall within guidelines.

The breaker units of old are now a mere distant memory for Adam and the department. Although Adam still can’t keep his hands off a polishing cloth every now and then.

Any cookies that may not be particularly necessary for the website to function and is used specifically to collect user personal data via analytics, ads, other embedded contents are termed as non-necessary cookies. It is mandatory to gain your consent to enable these cookies and store them on your browser.