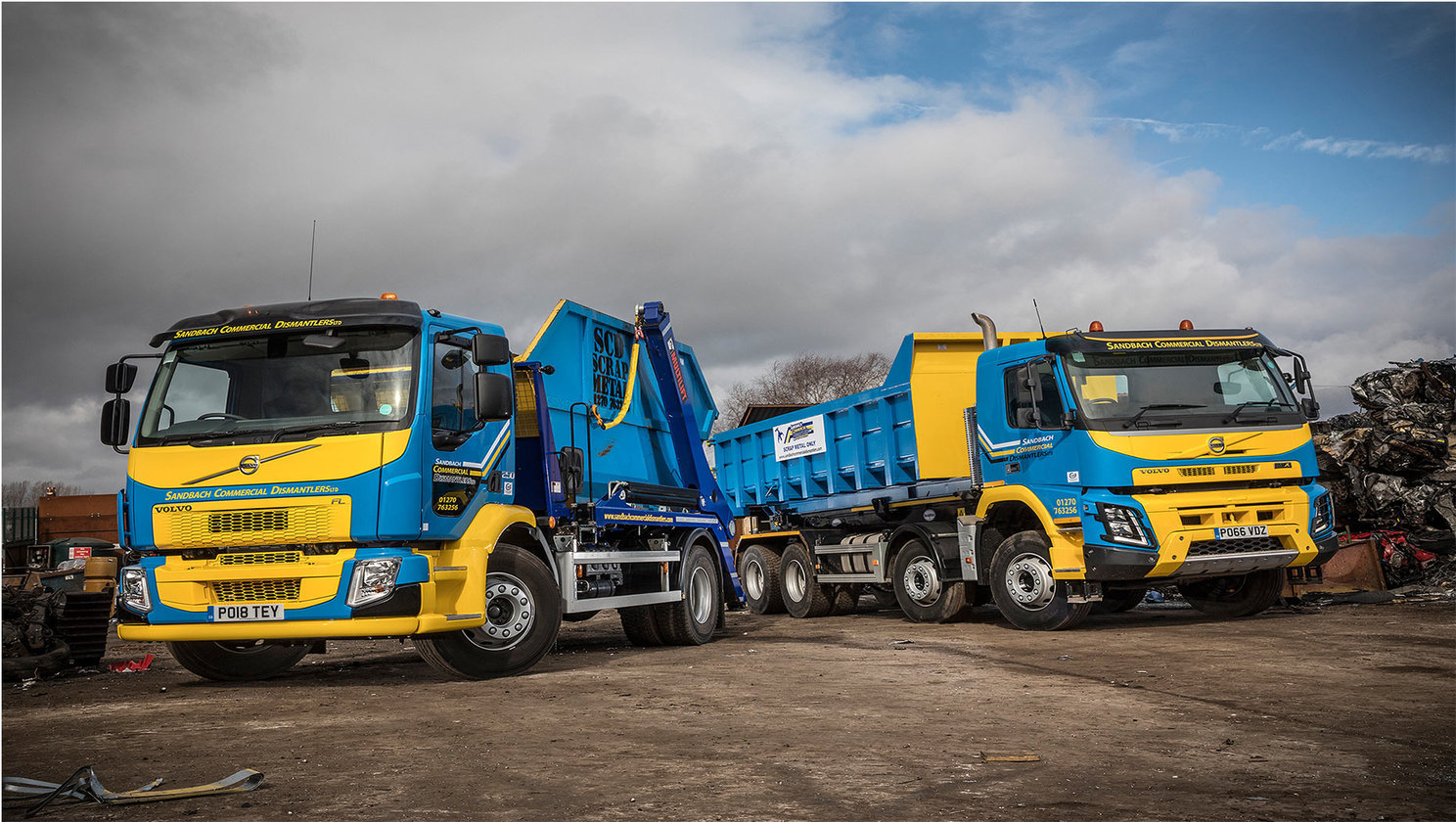 Founded in 1985, Cheshire-based Sandbach Commercial Dismantlers has grown from a small-scale car and scrap merchant into a successful steel recycling company, demolition and site clearance provider and commercial breaker. Following their success, they have now put two new Volvo trucks into operation.

A skip hire service was introduced in 2003 enabling the company to look after both domestic and industrial customers of all sizes and Volvo is now the manufacturer of choice for the vehicles needed to deliver, having already proved itself over the past seven years.

“We bought our first FMX back in 2011 and it’s still in service now,” operations manager Paul Anubla explains. “We’ve invested quite a bit in the wagons recently, and last year we decided to go Volvo again as it’s been a good truck.”

This chassis was supplied with a Boughtons hook loader body, which is fully controlled from within the vehicle. It was delivered in back 2017 and is performing well.

“The only issue we’ve had is that it looks too good,” Paul says wryly. “People can be a bit rough with the older truck, but they daren’t do that with the new one in case they scratch it!”

The second purchase is an FL-818 registered in March 2018, which also has a day cab painted in the company’s distinctive livery.

Powered by Volvo’s D8K250 Euro-6 engine coupled to a six-speed overdrive gearbox, this vehicle is fitted with a Multi-lift Futura FTR12 skip loader body and as with the FMX, has been signed up on a three-year, Volvo Blue Service Contract to be serviced at the Middlewich depot of Thomas Hardie Commercials’.

“The fact that the dealerpoint is so local was a big incentive for us to buy Volvo,” Paul admits. “Thomas Hardie Commercials are literally five minutes up the road, so it marries up well.”

Overall, Paul likes his new Volvo trucks. “I think they’re great, they look the business, we never have any issues and you’ve got all the modern technology, so we’re very happy,” he concludes with a grin. “We wouldn’t keep ordering them if we weren’t, would we ?”